The recent history of the passenger car radiator is well known – the conventional wisdom is that aluminum has largely taken this market. The trend started in Western Europe, has moved forward in the United States and has more recently taken hold with Japanese automobile producers. Aluminum penetration in original equipment in terms of tons of material consumed in 1995 is shown in Table 1, below. It is as high as 77% in Western Europe and is at 29% in Japan. Worldwide, on the basis of weight, 52% of radiator material consumed for original equipment is aluminum. But aluminum penetration in the large aftermarket is only about 10% as shown in Table 2. Overall, as shown on Table 3, contrary to the conventional wisdom, the copper/brass radiator still accounts for two-thirds of the total tonnage of radiator material consumed worldwide. Also shown here is the changing market share for the two material systems in the 1991 to 1995 period. Copper/brass radiator tonnage had decreased by 4.6% in five years and aluminum has captured all of the growth in consumption of radiator material as the worldwide auto industry grew. 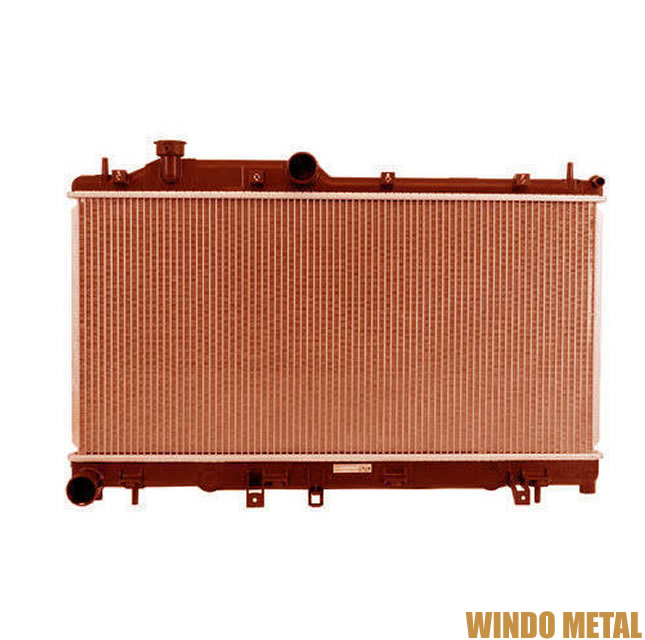 We must conclude though that copper/brass radiators will be a significant factor in scrap in all sectors of the world for some time to come.The copper/brass radiator, despite the spectacular success of the aluminum system, still consumes about two thirds of the total tonnage of radiator material due to its continued but decreasing use in new automobiles and its advantages and dominance in the aftermarket and in trucks, heavy off-road and industrial equipment.

At this meeting, where the audience is clearly representative of and interested in the copper industry, a digression to examine just why the industry lost a large share, possibly 100,000 tons per year, to a competitive material system, is appropriate. Again, the conventional wisdom is that the copper/brass system is too heavy and too expensive compared to aluminum. After all, everyone knows that the density of copper is more than three times that of aluminum and that on the LME or Comex markets, copper has consistently been more expensive than aluminum. Those facts would seem to explain the success of the automotive aluminum radiator. But the real reasons for the success of the aluminum radiator are, first, the strong, 25-year development effort of the aluminum industry and, secondly, the total neglect in that same period on the part of the copper industry for its product. We had 100% of the market and did not believe that situation could be changed.

But the copper/brass radiator was too heavy – not because the laws of physics dictated that it be, but because no effort to improve design to take advantage of superior mechanical properties and thermal conductivity had been expended. More recently, in tests conducted at Penn State University on three generations of the new brazed copper/brass radiator, CuproBraze radiators were shown to be fully competitive with the brazed aluminum.